together with Tucson Jazz Festival

NEW DATE ALERT!  Arizona Arts Live & the Tucson Jazz Festival are pleased to announce our new date for Jon Batiste’s performance in Tucson. Join us on March 4, 2022 for the rescheduled performance LIVE in person.

One of the best-known musicians of his generation, virtuoso pianist, singer, bandleader, educator, and television personality Jon Batiste has spent his career bringing music back to where it started —with the people. Born into Louisiana’s legendarily musical Batiste family, Jon studied at Juilliard, where he established his Stay Human band by playing around New York City’s subways and in street performances he called “love riots.” He developed a fluency in jazz and popular music of all stripes, collaborating with legends from Wynton Marsalis to Prince. In 2015, Jon was named bandleader and musical director of The Late Show with Stephen Colbert. Batiste’s latest studio album, WE ARE, was released in March 2021 to overwhelming critical acclaim including praise from New York Magazine, Entertainment Weekly, and Forbes.

together with The Hotel Congress

Arizona Arts Live & Club Congress are thrilled to light up the Congress stage with a dynamic duo of modern solo songwriters. Elizabeth Goodfellow and Jillian Bessett both operate on the new frontiers of songwriting and instrumentation, composing and performing through unconventional means with beautiful results. Join us as these two extraordinary and innovative women explore new sonic landscapes. Beth Goodfellow’s singer-songwriter approach to the marimba was born out of a desire to write songs on a chordal instrument after drumming in other people’s bands. She bought a 1920s Deagan Marimba through Craigslist and began incorporating it into her original songs. When the pandemic hit in 2020 she spent the better part of eighteen months writing for voice and marimba from Tucson, AZ and her apartment in Los Angeles. The pandemic allowed her time to strip the marimba and vocal approach down to the basics and focus on writing two-minute songs that were intended to be stream-of-conscious with minimal rewrites. These songs were released in early 2021 as the band camp album “Hunting The Silence”. Beth’s writing for marimba also draws inspiration from the polyrhythmic counterpoint of minimalist composer Steve Reich. By building loops of marimba counterpoint she creates a uniquely meditative backdrop for her lyrics and vocals. Beth is a drummer, percussionist and vocalist based in Los Angeles and has recorded or toured with artists including Iron and Wine, boygenius, Madison Cunningham, Per Gessle, and Calexico. Jillian Bessett is a singer, songwriter and multi-instrumentalist based in Tucson, Arizona whose evocative lyrics and welcoming stage presence have endeared her to audiences throughout the southwest music scene. The keystone, however, is an instantly recognizable smoky alto voice that has prompted comparisons to Amy Winehouse, Feist, Nina Simone, and Adele. ​In 2014 Jillian released Electric Moon a stripped back solo endeavor which came in at #100 on KXCI’s Top 100 Albums of The Year. A full band filled out her next release with 2016’s Mr. Airplane. Jillian and the Giants–aptly named for their giant electric sound and stature– gigged furiously and put out two beautiful music videos for the singles “Mr. Airplane” and the locally loved “Chicago.” Mr. Airplane has over 58K streams on Spotify and came in at #19 on KXCI’s Top 100 Albums of the Year. Jillian is currently writing music and gigging with her new favorite instrument the Boss RC-505 Looping Station. Watch her use it here.​

Due to the loosening of COVID-19 mask mandates and safety protocols in the United States, Indian Ink Theatre Company has canceled their North American tour of Mrs. Krishnan’s Party. The company looks forward to returning to the United States when they will not be putting the health and safety of audiences and company members at risk. So different, so original, so creatively fresh and so much fun no one wanted to go home.-Waikato Times Indians throw crazy parties. Heard of Diwali? A million lamps floating on a river and fireworks to wake the dead. Heard of Holi? An explosion of color and joy and massive dry cleaning bills. How about Onam? No? It’s the harvest festival, and this one could be the craziest of them all! Mrs. Krishnan is renting an apartment to the overzealous wannabe DJ, James. James has invited a few friends into the back room of Mrs. Krishnan’s corner shop as a special surprise to celebrate Onam and the return home of her son. But when 100 strangers turn up (you, the audience) and settle in, Mrs. K has no choice but to throw the party of her life! An immersive experience like no other, join the party with music, dancing and vegetarian dal prepared live for each performance. Come as you are or break out that festive sari. Indian Ink Theatre Company continues to bridge cultures and expand boundaries with this utterly disarming new comedy that seats the audience around the dining table and at the kitchen bench in the back room of Krishnan’s corner shop. Now that her son is grown up, Mrs. Krishnan is thinking of selling the shop. It’s Onam, a time to celebrate life, death, and rebirth, and Mrs. Krishnan has to throw the party of her life in this joyous, heart-warming show.
cancelled 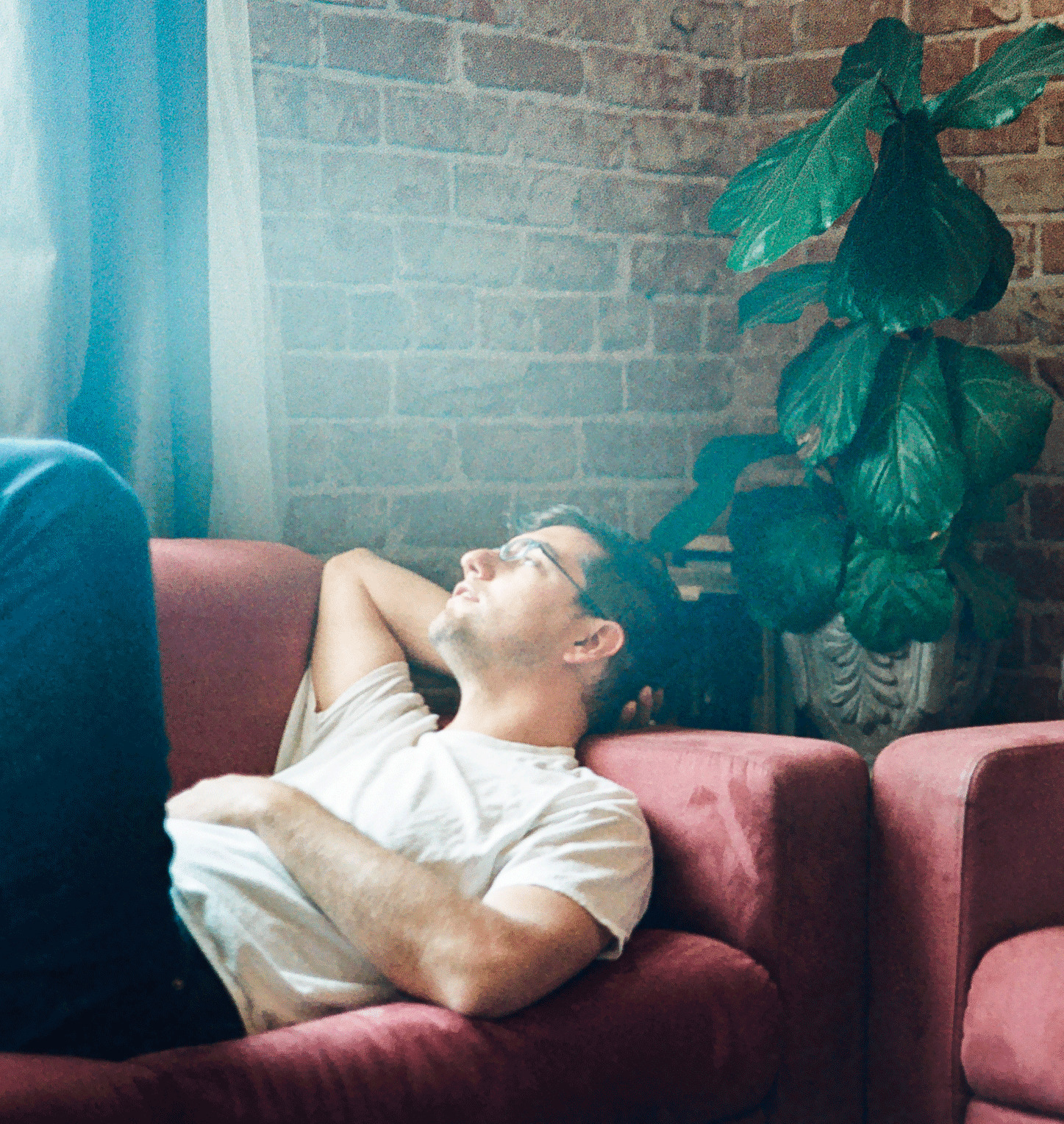 Ryan Alfred “We Are Made Of Time”

together with The Hotel Congress

Time is the common variable of all art. It is what defines sound and pitch, and at faster rates, color and light. It is what separates composition from performance. It is paint drying on the canvas, the instant fracture of million-year-old marble, the browning in the baker’s oven, a tackle or a touchdown, an echo in the canyon, the stars you can see, and the ones you can’t.  Polymath artist Ryan Alfred’s “We Are Made Of Time” is a fully improvised exercise in spontaneous composition, a tightrope act of electronic, vocal, and acoustic elements recorded and processed live without a net of pre-recorded material. Onstage are a few synthesizers, an upright bass, a nylon string guitar, and a vocal mic, routed through an Ableton Live-based processing network optimized for improvisation. A graduate of Berklee School Of Music’s Synthesis department, Ryan has been thinking about what it means to perform electronic music since the late 90s. “I would go see performances by electronic artists, and it was nearly always somewhere on the karaoke spectrum, meaning to some degree it was pre-recorded, with some elements left for musicians onstage to play or sing. Often, it was “hit play and look busy”, where it was clear that most if not all of what was heard was pre-recorded. It really got me thinking, what exactly do we mean when we say somebody was playing live ?”  After graduating college, Ryan split his time between performing music and learning about sound as a sound engineer. He has toured the world playing upright bass and singing harmony with Tucson luminaries Calexico, and the Tucson Weekly praised his band SweetGhosts (a collaboration with his partner Katherine Byrnes) as “Stunning…rarely predictable”. At 25, his compositions for the rock-n-roll tap show Revolution debuted at New York’s famed Joyce Theater, and more recently he collaborated with Ben Nisbet on an original electronic score for Art.if.act Dance Company’s “Impetus”. As a sound engineer, he has traveled with The Jayhawks, Nick Lowe, Fun., She Wants Revenge, Manchester Orchestra, and many others.   Maybe time and refinement are all that really distinguish composition from improvisation, but not all edits are improvements, and often the initial expression of an idea is the truest to its essence. We have essays and we have conversations; “We Are Made Of Time” brings Ryan Alfred’s full range of instruments into conversation, employing modern technology and timeless instruments to present a unique, fully present moment of creation.