Nicandro Guereque is one of the youngest ever Tucson Studio guests, but his original songs and thoughtful covers easily place him in the same league as other, older featured artists. Arizona Arts Live is proud to welcome one of Tucson’s brightest young talents to the Centennial Hall Stage.

Nicandro is a 15-year-old singer-songwriter from Tucson, Arizona. Nicandro began playing piano at five, drums at seven and picked up a guitar at ten, and never looked back. He has played professionally since he was 13 at local businesses, weddings, and fundraisers. His musical influences include Johnny Cash and Chris Cornell because of their soulful songwriting and poetic lyrics. Nic is an honors student and hopes to attend the University of Arizona to study music and film.

Join us at 6pm on Thursday, August 5th for the release of this live performance video, filmed in Centennial Hall. 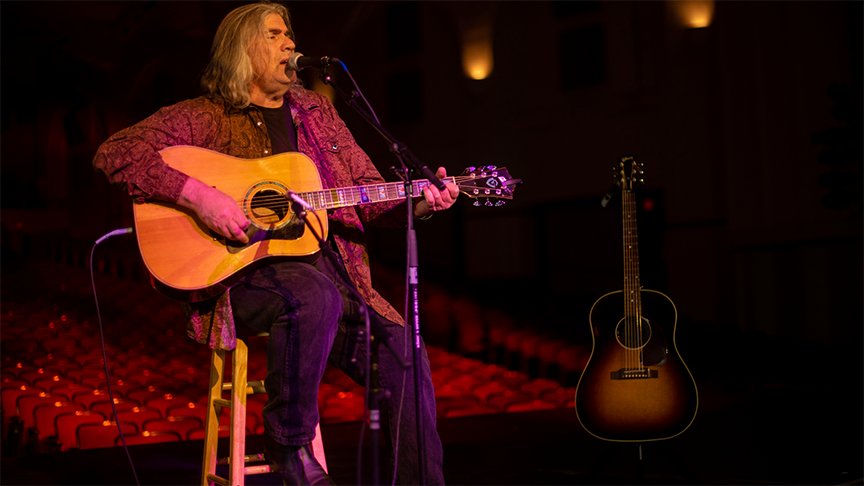 Arizona Arts Live is proud to present Eric Schaffer live for The Tucson Studio. Filmed and recorded in Centennial Hall, this treasure of the Tucson folk scene plays a set full of love, hard-won wisdom, and tales of Tucson. Eric Schaffer has been on the Tucson music scene since moving here from the east coast in 2007. After honing his craft playing with various local musicians, he began playing solo and eventually formed his band Eric Schaffer and the Other Troublemakers, which has become a Southern Arizona favorite. He has opened for acts such as Clint Black, and Marc Cohn at Tucson’s Fox Theater, and has performed all over the US. Eric has been a 4-time finalist in the Tucson Folk Festival’s Stefan George Memorial Songwriting Contest, coming in 2nd place this year. He has also been a finalist in the Great American Songwriting Contest (2016) and Passport to Nashville (2018). He and his wife Carol make their home in the desert outside of Tucson, where they have been co-writing music together since 2011.Join us at 6pm on Thursday, August 12th for the release of this live performance video, filmed in Centennial Hall. 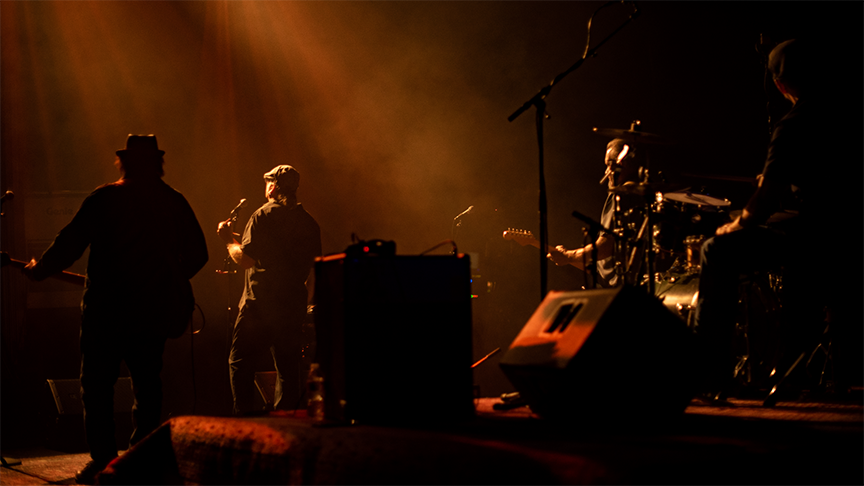 The Porch Rockers light up the Centennial Hall stage in this raucous set featuring some of Tucson’s most skillful musicians. And with so much talent in tow, this blues-rock powerhouse installment of The Tucson Studio is sure to get you groovin’. The Porch Rockers are a musical collaboration of blues, jump, and swing, featuring some of Tucson’s finest and hardest working musicians. Their music is both visceral and highly crafted, with standout performances from every member. In this set, The Porch Rockers feature Johnny Guitar Blommer on guitar, Steven Jonas on harp, Larry Lee Lerma on bass, Glenn “the Hitman” Velardi on drums, Anna Warr on vocals, and Hurricane Carla Brownlee on Sax. Tune in and get ready to rock! Join us at 6pm on Thursday, August 19th for the release of this live performance video. 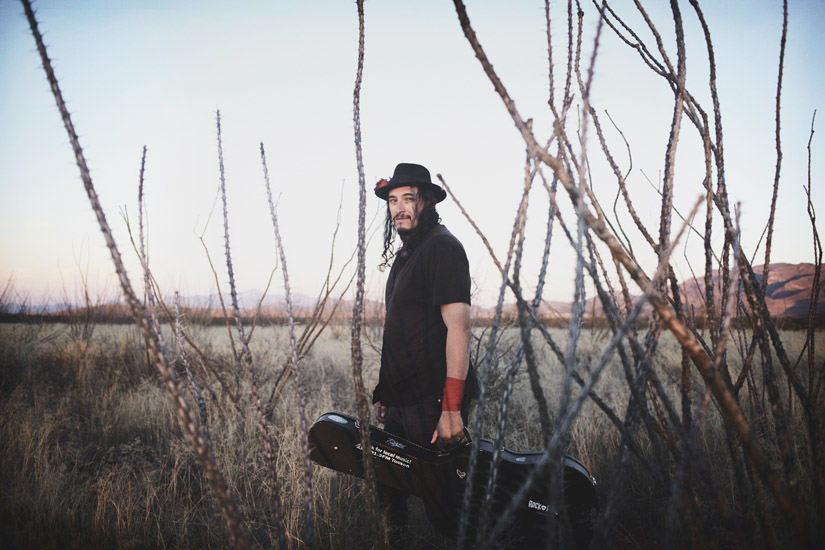 Due to unforeseen circumstances, Carlos Arzate will not be able to perform tonight. All other Sonoran Restaurant Week festivities will continue as planned, and we hope to see you there! Arizona Arts Live & Club Congress are proud to present two songwriters indispensable to the Tucson sound. Join us for troubadour and poet Salvador Duran’s weekly set on the plaza, followed by a special performance: the undismissable presence of Carlos Arzate joined by some extraordinary friends.  The heart-warming and political poignancy of Ziggy Marley and Michael Franti, with a southwestern bent.-Zocalo Magazine Come on down to the Club Congress plaza for Sonoran Restaurant week’s kickoff fundraising bash with Arizona Arts Live, Agave Heritage Festival, and Hotel Congress followed by a performance by some of the Old Pueblo’s most beloved musicians. Whether you join us for the VIP launch party in the tasting room, dinner at the cup, the music of Salvador Duran, or Carlos Arzate & Friends headlining performance, there’s something at the Sonoran Restaurant kickoff party for everyone.  Tucson native Carlos Arzate has been a standout member of the Arizona music community since the 90’s, first known for leading bands like Innisfail and American Android with his huge voice. While those bands were known for their loud, confrontational sound and message, he nurtured a deep love of soul, folk, Norteno, and what is broadly called Americana, influences that finally found a home in his solo project, Carlos Arzate and The Kind Souls. The voice is still huge, but these songs also make space for a quiet, yearning, and at times sweet side, passionate stories about social inequity, border realities, family, struggle, and triumph.
cancelled