His second opera became the first by an African American composer to premiere at the Met.

Two-time Oscar nominee and six-time Grammy-winner Terence Blanchard returns for a powerful performance at The Rialto Theatre. Don’t miss the artistic force from one of the world’s greatest trumpeters and composers. Presented together with the Tucson Jazz Festival.

From his expansive work composing scores for Spike Lee films ranging from the documentary When the Levees Broke to the epic Malcolm X, and the latest Lee film, Da 5 Bloods, Terence Blanchard has interwoven melodies that created strong backdrops to human stories. He received an Oscar nomination and Grammy award for Best Instrumental Composition for Spike Lee’s BlacKkKlansman (2018). He also received Oscar and British Academy Film Award nominations for his original music for Lee’s Da 5 Bloods (2020).

More recently, Blanchard has composed his second opera, Fire Shut Up in My Bones, based on the memoir of celebrated writer and The New York Times columnist Charles Blow. The Metropolitan Opera premiered a revived version of Fire Shut Up in My Bones in September 2021 to open their 2021-22 season in New York, making it the first opera composed by an African American composer to premiere at the Met.

Presented together with the Tucson Jazz Festival.

His second opera became the first by an African American composer to premiere at the Met.

Joshua Redman and Band in Concert

Arizona Arts Live and the Tucson Jazz Festival invite you to an evening featuring some of jazz’s greatest works. Join us as we welcome Grammy-nominated saxophonist Joshua Redman to Centennial Hall. Born in Berkeley, California Joshua Redman is son of legendary saxophonist Dewey Redman and dancer Renee Shedroff. In 1991 Redman graduated from Harvard College summa cum laude and had already been accepted by Yale Law School, but deferred entrance for what he believed was only going to be one year. Instead, he moved to New York City and immediately found himself immersed in the city’s burgeoning jazz scene. Five months later Redman was named winner of the prestigious Thelonious Monk International Saxophone Competition.  Joshua Redman’s latest project is a celebration of the power of three – the music of three iconic jazz composers interpreted in the classic trio format of saxophone, bass, and drums. The 3×3 concept emerged in part from Redman’s COVID pandemic experience which left him in the unprecedented situation of not being able to make music with another human being “in a real space, in real-time” for over six months. Redman’s collaborations include some of music’s most notable icons including The Dave Matthews Band, Herbie Hancock, Quincy Jones, B.B. King, Yo Yo Ma, Brad Mehldau, The Rolling Stones, The Roots, and Stevie Wonder. Facebook Twitter Instagram YouTube 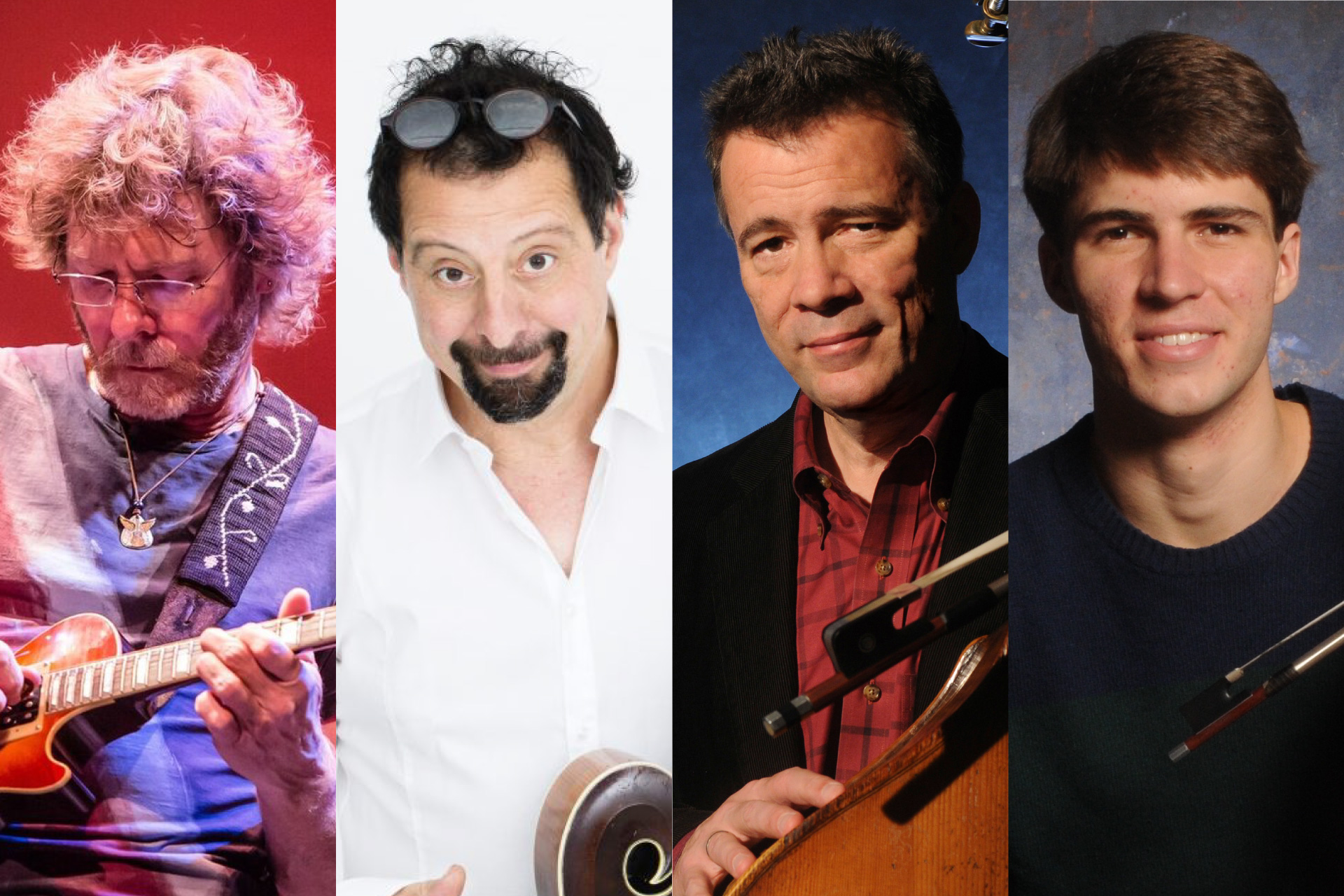 Four music masters come together in a special bluegrass collaboration on stage at The Rialto Theatre. Join Bush/Marshall/Meyer/Meyer for a celebration of American roots music in the heart of the Sonoran Desert. Father of the American newgrass music scene Sam Bush (mandolin/violin) joins music icons Mike Marshall (mandolin) and Edgar Meyer (bass) together with George Meyer (violin) for a special collaboration usually only heard on a late summer night on the bluegrass festival circuit. Expect to hear works from the 1999 genre-bending album Short Trip Home as well as new music written specifically for this tour. Witness the next generation of artists expressing their unique voices and perspective as Edgar Meyer’s son George charts his own course in the musical world. Bluegrass, newgrass, and classical all meet in a stunning show of Americana that will leave you wishing for more. Don’t miss Bush/Marshall/Meyer/Meyer! Link Link Link Link 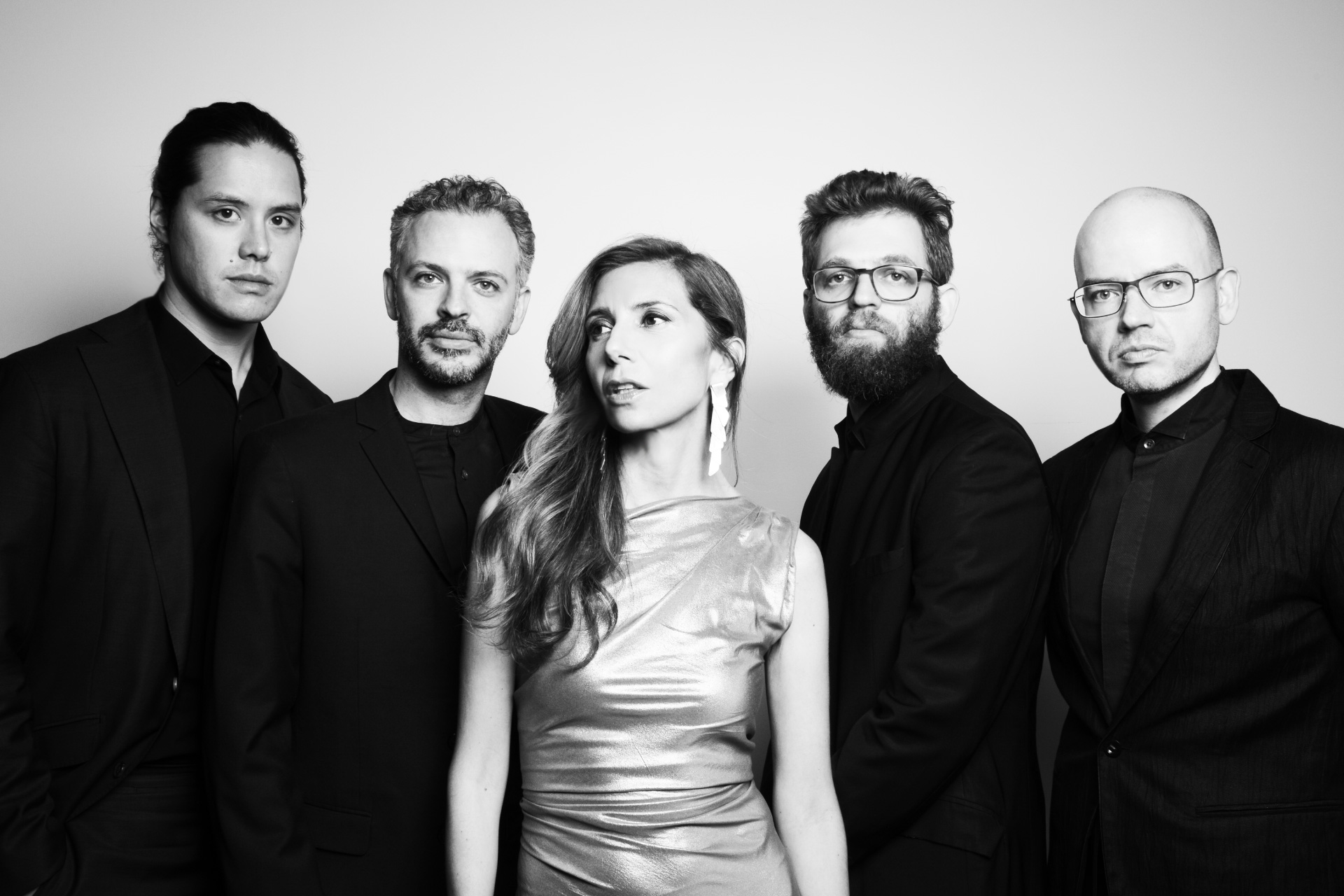 Joined by the bold and expressive singer Magos Herrera, Brooklyn Rider celebrates the power of beauty as a political act. Discover a new world of classical music as tradition meets invention on the Centennial Hall stage. Magos Herrera is a dazzling jazz singer-songwriter, producer, and educator declared as “One of the greatest contemporary interpreters of song” (The Latin Jazz Network). With a sultry voice and an unparalleled presence in the contemporary Latin American jazz scene, she is best known for her eloquent vocal improvisation and her singular bold style. Magos joins Brooklyn Rider together with Mathias Kunzli on percussion to take you on a musical journey exploring the artistry of Violeta Parra, Federico Garcia Lorca, Gilberto Gil, Joao Gilberto, Octavio Paz, and others who dared to dream under repressive regimes. Hailed as “the future of chamber music” (Strings), the veteran string quartet Brooklyn Rider presents an eclectic repertoire that continues to draw rave reviews from classical, world, and rock critics alike. NPR credits Brooklyn Rider with “recreating the 300-year-old form of string quartet as a vital and creative 21st-century ensemble.” Experience a gripping performance from Grammy-nominated artists who have transcended brutality through their work, work which represents love for humanity, democracy, and the inspiration to dream. Featuring evocative arrangements by Jaques Morelenbaum, Diego Schissi, Gonzalo Grau, Guillermo Klein, and Colin Jacobsen, we invite you to dream with us. Link Facebook Instagram Twitter