It’s time to turn up the volume. Join Mute Swan and Kryge in making some noise on the Club Congress stage. In partnership with our friends over at Hotel Congress, Arizona Arts Live is proud to present two band’s who balance musicianship and roaring power in equal parts.

mute swan
Four-piece, Mute Swan blends 90’s shoegaze and dreampop with neo-psychedelic rock. Their recording process employs lo-fi gear including cassette tape recorders and their onstage visuals similarly feature VHS aesthetics and CCTV monitors. They formed in 2014 out of Tucson’s tight-knit music scene and have since released two EPs, an LP, and a handful of singles and videos. Despite being self-produced and self-promoted they’ve drawn the attention of the Fader, Post-punk.com, Impose, and others. They’ve opened for the Psychedelic Furs, Modern English, Wild Nothing, Kikagaku Moyo, No Joy, Wand, and have toured the continental US extensively. Members include Mike Barnett (guitar, vocals), Prabjit Virdee (bass, vocals), Thom Sloane (guitar), and Gilbert Flores (drums).

Kryge
Kryge is an experimental music project out of Tucson, Arizona. 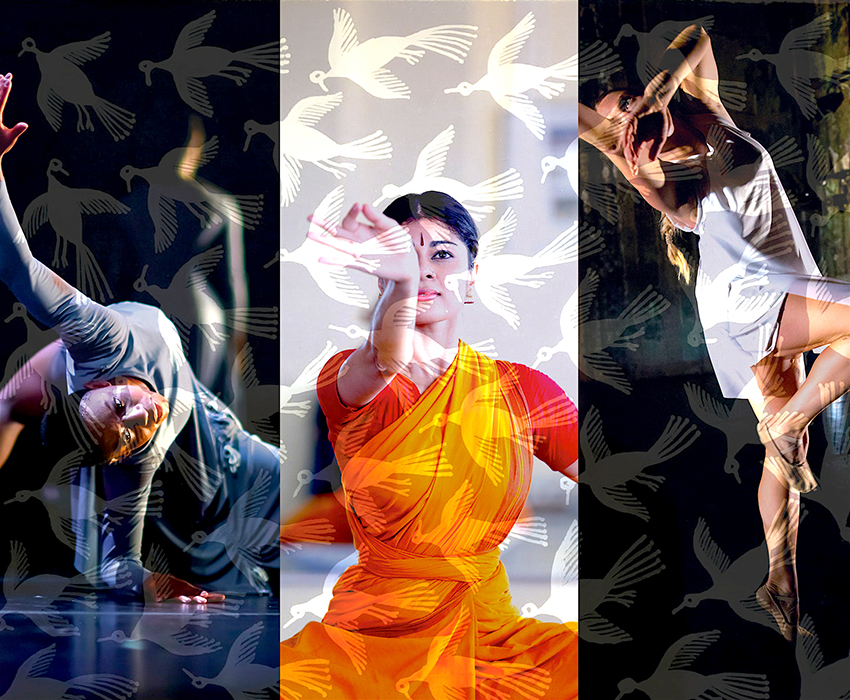 Ashwini Ramaswamy’s dancing “weaves together the human and the divine.” -The New York Times Evoking mythography and ancestry, Let the Crows Come uses the metaphor of crows as messengers for the living and guides for the departed. This dance for three with live music explores how memory and homeland channel guidance and dislocation. Featuring Ramaswamy (Bharatanatyam technique), Alanna Morris-Van Tassel (Contemporary/Afro-Caribbean technique), and Berit Ahlgren (Gaga technique), Bharatanatyam dance is deconstructed and recontextualized to recall a memory that has a shared origin but is remembered differently from person to person. Composers Jace Clayton (dj/rupture) and Brent Arnold extrapolate from Prema Ramamurthy’s classical Carnatic (South Indian) score, utilizing centuries-old compositional structures as the point of departure for their sonic explorations. Let the Crows Come premiered in November 2019.

Arizona Arts Live & Club Congress are thrilled to light up the Congress stage with a dynamic duo of modern solo songwriters. Elizabeth Goodfellow and Jillian Bessett both operate on the new frontiers of songwriting and instrumentation, composing and performing through unconventional means with beautiful results. Join us as these two extraordinary and innovative women explore new sonic landscapes. Beth Goodfellow’s singer-songwriter approach to the marimba was born out of a desire to write songs on a chordal instrument after drumming in other people’s bands. She bought a 1920s Deagan Marimba through Craigslist and began incorporating it into her original songs. When the pandemic hit in 2020 she spent the better part of eighteen months writing for voice and marimba from Tucson, AZ and her apartment in Los Angeles. The pandemic allowed her time to strip the marimba and vocal approach down to the basics and focus on writing two-minute songs that were intended to be stream-of-conscious with minimal rewrites. These songs were released in early 2021 as the band camp album “Hunting The Silence”. Beth’s writing for marimba also draws inspiration from the polyrhythmic counterpoint of minimalist composer Steve Reich. By building loops of marimba counterpoint she creates a uniquely meditative backdrop for her lyrics and vocals. Beth is a drummer, percussionist and vocalist based in Los Angeles and has recorded or toured with artists including Iron and Wine, boygenius, Madison Cunningham, Per Gessle, and Calexico. Jillian Bessett is a singer, songwriter and multi-instrumentalist based in Tucson, Arizona whose evocative lyrics and welcoming stage presence have endeared her to audiences throughout the southwest music scene. The keystone, however, is an instantly recognizable smoky alto voice that has prompted comparisons to Amy Winehouse, Feist, Nina Simone, and Adele. ​In 2014 Jillian released Electric Moon a stripped back solo endeavor which came in at #100 on KXCI’s Top 100 Albums of The Year. A full band filled out her next release with 2016’s Mr. Airplane. Jillian and the Giants–aptly named for their giant electric sound and stature– gigged furiously and put out two beautiful music videos for the singles “Mr. Airplane” and the locally loved “Chicago.” Mr. Airplane has over 58K streams on Spotify and came in at #19 on KXCI’s Top 100 Albums of the Year. Jillian is currently writing music and gigging with her new favorite instrument the Boss RC-505 Looping Station. Watch her use it here.​ 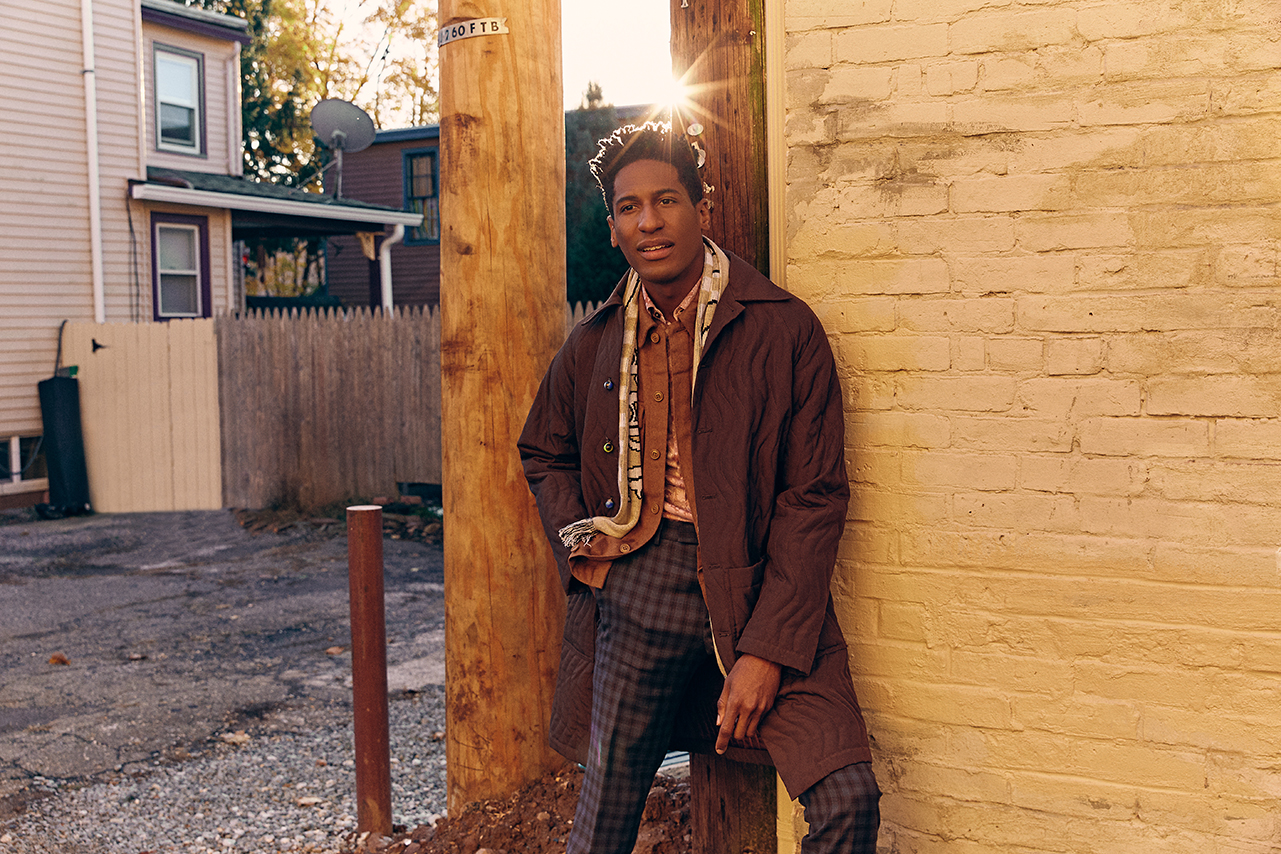 presented together with Tucson Jazz Festival

Born for showbusiness-NPR One of the best-known musicians of his generation, virtuoso pianist, singer, bandleader, educator, and television personality Jon Batiste has spent his career bringing music back to where it started —with the people. Born into Louisiana’s legendarily musical Batiste family, Jon studied at Juilliard, where he established his Stay Human band by playing around New York City’s subways and in street performances he called “love riots.” He developed a fluency in jazz and popular music of all stripes, collaborating with legends from Wynton Marsalis to Prince. In 2015, Jon was named bandleader and musical director of The Late Show with Stephen Colbert. Batiste’s latest studio album, WE ARE, was released in March 2021 to overwhelming critical acclaim including praise from New York Magazine, Entertainment Weekly, and Forbes.